Straight Talk about Results in Missions

Missionaries are under increasing pressure to prove that they are getting results in missions today. Impatient sending churches are sometimes quick to criticize and even pull support when their version of results are not realized. This is both a good thing and a bad thing...depending.

At the expense of irritating some local church leaders, I want to suggest that the pressure for quick results in missions is not only unbiblical but hypocritical. In the United States it takes on average 168 people one year to bring one person to Christ. A church that sees ten percent conversion growth in any given year is on the very high end of churches nationally (on average). So a church of 500 would see 50 conversions in the course of a year and that would be considered very healthy. Think about that. Five hundred people and 50 conversions. Now apply that same standard to missionaries (what a team of ten or so) working in hard soil (consider the Muslim context) and we complain that they are not seeing quick results! If we applied the standards to ourselves that we apply to missionaries we would often get a failing grade! Yes we have many large churches and the vast majority of those who make up the congregations have transferred in from other churches while the vast majority of mission conversions are first generation Christians.

The west loves fast results. Missions is rarely about fast results. It was not for Paul and it will not be for us. It took nearly 300 years for Paul's early efforts in missions to see Christianity flourish in the Roman empire - 300 years.

As the leader of a mission organization, ReachGlobal, one of our guiding principles is that "We measure results." We want to know whether or not we are being effective. In addition, we deploy in teams for maximum synergies and insist that all staff have annual ministry plans and Key Result Areas - including me. We are always looking for best practices and as another one of our guiding principles states, "We practice entrepreneurial thinking." In addition, our Central Ministry Focus is to develop, empower and release healthy national leaders. So we are all about multiplication over addition. All well and good - except - we cannot control when "harvest" comes. We can control our intentionality and best practices but we cannot control the harvest. In fact, there is no excuse for lack of intentionality in missions but the fact remains we do not control the harvest - only God does.

Here is what I know from Scripture: God intends to bring an amazing harvest in His time, in His way and through His power. We are asked to simply live in His power, see through His eyes and live in faith filled expectancy. Harvest will come but we do not control the timing.
But I know several other things from the New Testament and Paul's example in particular. First, the harvest is never easy. Read Paul's litany of tough experiences in 2 Corinthians 11. There were places where Paul saw significant harvest and there were places where he did not.
In the first 25 years of Robert Morrison's ministry as the first Protestant to China he baptized only ten people. Twenty five years and ten people baptized. Yet, Morrison is widely known as the reason that Christianity came to China in the 1800's leading to the largest church in the world today. What if Morrison had been told after ten years of almost no results to come home and find a place where the harvest was better? Read the history of missions in India and many other places and the lesson is the same.
This goes to Paul's reminder in 1 Corinthians 3:5-9 that some of us sow, some of us water and some of us reap. He asks, which is more important, the sower, the one who waters or the reaper? Remember: wherever there is a significant harvest, there was behind that harvest those who labored for years in obscurity, sowing and watering. Like Morrison, they may never see the harvest in this life and while those who get to harvest get the accolades in missions, it was those who did the harder work of sowing and watering and praying that deserve the bulk of the credit.

In all cases we need to ensure that the investment we make in missions is being used wisely and that we are ministering with great intentionality. And we need to be people of prayer (in the local church and in missions) that God would break through. But we do not control the timing of that breakthrough.  That is true domestically and internationally.

What do you think Paul would say if we told him that we only went to places where the harvest was significant? That would rule out most of the Muslim world (one billion) much of Europe and many yet to be reached people.

I lived in Hong Kong from 1960 to 1971 where my parents were medical missionaries. When we left there were five or six churches. It was slow going and hard. Today there are 55 Free Churches including the largest EFC in the world (10,000) to say nothing of the many other evangelical churches that saturate the territory. The church in Hong Kong stands on the shoulders of those missionaries who labored there, sowing and watering for many years, seeing only meager results.

We need a better theology of missions today. A theology rather than simple expediency.

God intends to bring an amazing harvest in His time, in His way and through His power. We are asked to simply live in His power, see through His eyes and live in faith filled expectancy. Harvest will come but we do not control the timing. The question is whether we will partner with God not only in harvest but in sowing and watering. Those who focus only on the harvest have settled for expediency. Those who focus on all three focus on a biblical view of global missions.
Posted by T.J. Addington at 9:13 PM 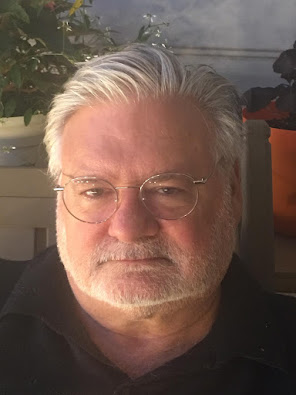 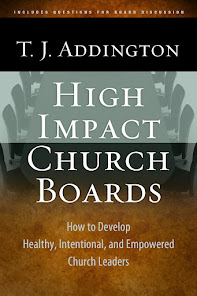